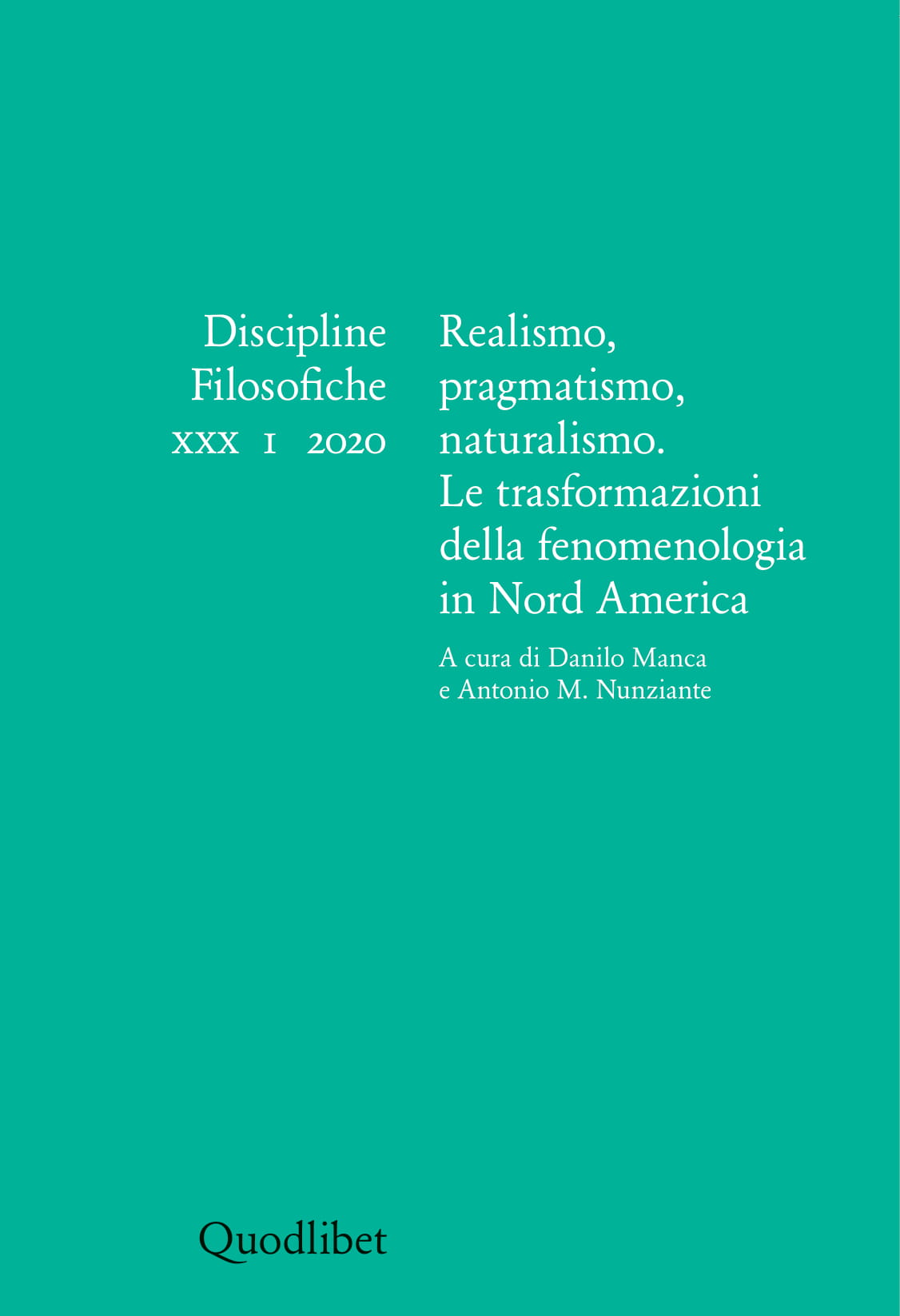 Between 1902 and 1903 two former students of Josiah Royce, Winthrop Bell and William Ernest Hocking, moved to Göttingen to study with Husserl. Between 1922 and 1925 a second generation of North American scholars (Marvin Farber, Dorion Cairns and Charles Hartshorne) visited Husserl in Freiburg. Back in the States, Marvin Farber founded the International Phenomenological Society (1939) and the journal “Philosophy and Phenomenological Research” (1940). From 1950 on Dorion Cairns gathered around the New School for Social Research many phenomenologists and phenomenologically-minded scholars, including Aron Gurwitsch and Alfred Schutz. Finally, in 1962 John Wild founded the (still active) Society for Phenomenology and Existential Philosophy (SPEP).
The vicissitudes of phenomenology in North America do not simply tell the story of a transfer of contents across the ocean, for the reception of phenomenology was not merely a matter of passively absorbing a given doctrine. What took place was an active re-elaboration and re-shaping, whose goal was to “adapt” the phenomenological approach to the aims, research strategies, debates and worldviews typical of the North American philosophy of the time. What followed were many enlightening debates within the North American phenomenological environment, as well as between that environment and the representatives of other philosophical traditions.
The purpose of this issue of “Discipline filosofiche” is to assess the process of re-elaboration and re-definition that Husserl’s phenomenology underwent in North America not only from the standpoint of its historical-philosophical implications, but especially in view of its theoretical outcomes. The underlying conviction is that an “intensional” approach to that history can yield a new interpretative canon for Husserlian phenomenology. However, a limit of this approach is that it overlooks the problem of the assimilation of this European tradition within the North American context. Therefore, in this issue we have relaxed, to use Quine’s words, the demand for definition, and have explored in a more pragmatic fashion the different ways in which the word “phenomenology” has been translated and employed in the North American philosophical context.
This path certainly deserves to be investigated more deeply. However, the papers presented here do offer some significant results and insights. In general, what is shown is that a mundane variation on the phenomenological method plays an important role in the development of the great movements that occupied the scene of 20th century North American philosophy: pragmatism, realism (in its different versions), and naturalism (with its articulate debates). More specifically, it can be argued that Marvin Farber always regarded himself as an American philosopher who drew inspiration from Husserl’s phenomenological method but whose main aim was to develop a personal theoretical standpoint. Similarly, even the most “orthodox” of the so-called American phenomenologists could not avoid a direct or indirect confrontation with the major representatives of pragmatism. Sometimes this led the two perspectives to mingle, as was the case with Gurwitsch vis-à-vis James, and with Schutz vis-à-vis James, Dewey, and G.H. Mead, not to mention the more complex case of the comparison that Farber drew between Husserl and Dewey (without losing sight of their differences). In other cases the two perspectives ended up in conflict, thereby marking the two sides of the philosophical divide between continental and analytic philosophy, as clearly emerges from the discussion between Cairns and a student of Dewey, Sidney Hook. Furthermore, it is clear that the history of phenomenology in North America does not only tell us something about the penetration of a philosophical current into another culture, but first and foremost about how political immigrants such as Schutz, Gurwitch and Maximilian Beck found a fertile ground in North America for their interpretations of the phenomenological approach to reason and life. Finally, in the present issue emphasis is also laid upon the importance of this history to better understand Wilfrid Sellars’ perspective, so that a new and closer interaction between phenomenology and analytical philosophy can be identified.