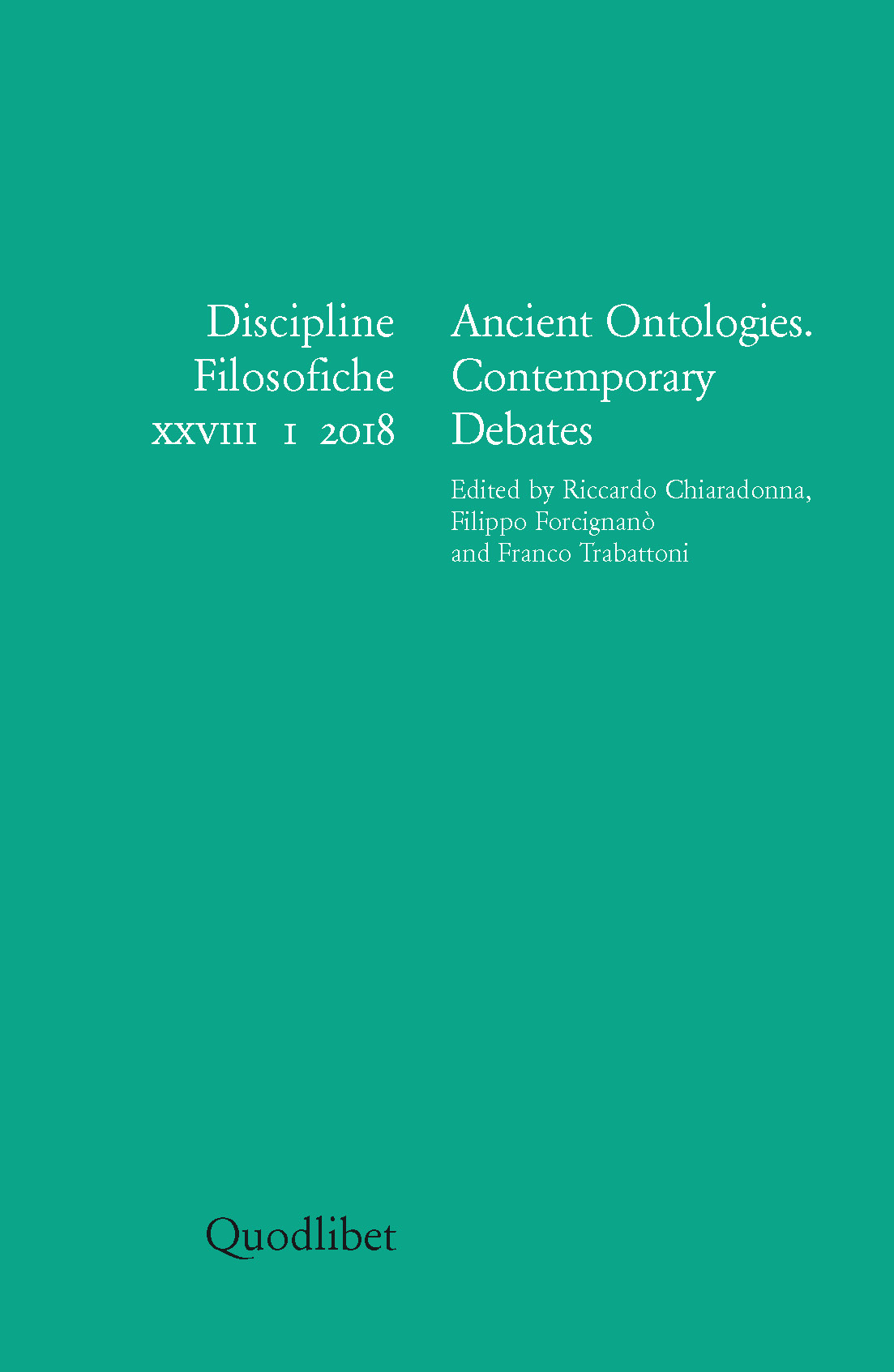 No one would doubt that ontology, understood as a peculiar philosophical research area, was born in Greece and that many contemporary debates reflect some of the positions taken by the ancient authors about the most relevant ontological questions. For instance, universals, essence, causality and the status of material objects. Aristotle first distinguished a science that does not study something particular (like astronomy studies celestial phenomena and botany plants), but all that is insofar as it is. Platonism and Aristotelianism have faced each other for centuries, even with a few moments of contact, creating the conditions for Plotinus’ philosophical project. During the entire 20th Century, ontology played a leading role. Many of the most relevant contributions by contemporary metaphysicians concern indeed ontology and meta-ontology. However, what ontology is and what its boundaries are remain open questions. It is therefore appropriate to wonder whether or not ancient ontology can offer some elements of reflection in this regard. Among the philosophers, there is a certain tendency to consider the debate on ancient ontology, so to say, solved once and for all. In this perspective, it is target of interest only for the historians of philosophy, who have the task of putting it in the “museum” of ancient theories. The aim of this volume is to deny this approach, insisting that ancient ontology, if faced in respect of the conquests of historiography but with the tools of contemporary metaphysics, can stimulate new and promising lines of research. The backbone of this project is precisely to enhancing ancient ontology for the original and in some ways innovative contribution that it can give to the contemporary debate. Ancient thought is indeed able to focus the mind on several interesting aspects that the modern way of thinking often tends to hide or to overshadow. This is the only way in which ancient thought can still be stimulating for today’s philosophers, maintaining the methodological rigor of the historiography but rejecting the simplifications.